The Story of Dave Sandy

My name is Chris Sandy and I recently joined the Board of the British Columbia Schizophrenia Society Foundation (BCSSF) because it is doing something that no other government agency or organization does.  It’s giving people “a reason to hope…the means to cope.”

One in 100 British Columbians are diagnosed with schizophrenia, but so many more live with it….their parents, brothers, sisters and other family members…all struggling to understand, support and be there for their loved ones.  We all know someone whose life has been affected by mental illness.

BCSSF programs and research save and transform lives and this is only possible because of the generosity of donors like us.  That is why I am asking you to consider making a gift this holiday season, and I will personally match any donation you make to BC Schizophrenia Society Foundation until December 31stup to a total of $10,000.

There may be someone you want to honour with your donation. I am making my gift in memory of my little brother, Dave Sandy.  After struggling with schizophrenia for nearly 30 years, Dave took his life. 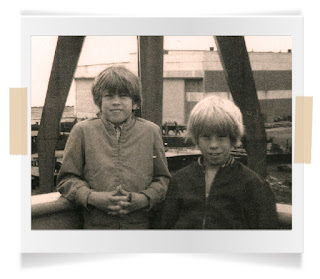 Dave was a happy kid, upbeat, sincere, and well-liked by everyone at our school in Peterborough, Ontario.  He was happiest when playing sports, and I was always impressed with my little brother’s athletic ability.  We would play touch football together and he would have a huge smile on his face.  Dave could motivate our whole team to get a touchdown, time after time.

When Dave was in his late teens, our family started to notice a change in his behaviour. He became distant and paranoid.  He would rarely leave the house and sometimes he’d say and do strange things that didn’t make sense.  It was a confusing and difficult time for all of us; there was a lot of tension and guilt.  We kept wondering which one of us caused Dave to suddenly behave this way.

Now we know nobody was to blame; Dave was in early psychosis.

Years later, Dave was finally diagnosed with schizophrenia. As you likely know, what happened after that wasn’t pretty.  There were many sleepless nights. Dave suffered from the side effects of either too much or not enough antipsychotic medication. I most remember our first trip to the hospital to admit Dave. My dad, brother and I were walking with Dave from the Emergency Room to the Psychiatric Ward.  From a thousand games of touch football with my little brother, I knew when he was getting ready to run.  Sure enough, as soon as we were outside, Dave took off.  As I was running after him, all I really wanted to do was run with him – to run as fast and far away as we could to get away from schizophrenia.

Whenever Dave was home from the hospital, my mother took care of him.  Mom was an extraordinary and patient caregiver and without her, Dave would have been institutionalized.  There were no programs that we knew of in those days to assist families.  Mom learned as much as she could, but there was no one she could turn to for knowledge and support.

Over the years, Dave would improve for short periods of time, only to slide back into psychosis again.  This cycle was very hard on Dave, on my mom, and on all of us. We always kept hoping that there would be a new treatment or medication, anything that would give Dave a chance to live his life.

When he was 46, Dave suddenly became very depressed and within a week, took his life. Dave’s passing has left a huge, gaping hole in our family that can never be filled.  It’s been six, long years since Dave has died, after decades of battling with schizophrenia – I wish he was here today. I wish I could spend more time with him. He was a great guy. 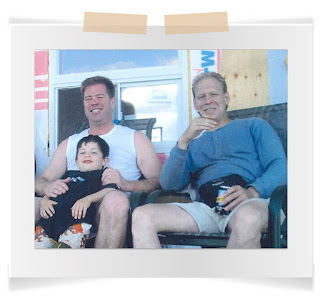 Today, I have a teenage son and sometimes when I look at him, I can’t help but see my 17-year-old brother.  My wife points out that, without realizing it, I sometimes call my son ‘Dave’– a young man with his whole life ahead of him and the potential to do great things.  I’m often filled with fear that my son’s bright future will be taken away and I will lose yet another loved one to schizophrenia.

This is why I am doing all I can to make sure that other people do not lose their children, brothers, sisters or other family members to this devastating disease.  I must protect my son, and even my grandchildren, from the torment that Dave endured.  By volunteering and donating to BC Schizophrenia Society Foundation, I know that I am saving lives.

Families and their ill loved ones are waiting far too long for programs and services they desperately need.  And we know that families in crisis do not have time to wait.  At the same time, researchers are seeking to improve early diagnosis, investigate impacts on the brain and find better treatments. Perhaps, if there had been an organization like the BC Schizophrenia Society Foundation in Peterborough Ontario when Dave and I were growing up, we might still be playing football today…and doing so with our sons.

Please consider making a gift today and I will match any donation you make from now until December 31st up to a total of $10,000.

P.S.  Please join me by giving today.  Every donation
counts!

Launch of Treatment Optimization of Psychosis Pilot in VCH

In June, BC Schizophrenia Society (BCSS) was invited to speak at the launch of the Treatment Optimization of Psychosis (TOP) Collaborative that is...

BC Schizophrenia Society was once again part of the Scotiabank Vancouver Marathon’s Charity Challenge — leading to about 30 runners and...